Focusing on the little things that make travel an adventure

The little French village of Arbois is a charming place, set in the French Jura, a region known for its wine and Comté cheese. Arbois is very proud of its agricultural heritage, but it is also very proud of one Louis Pasteur. Pasteur grew up here and later had a holiday home and laboratory here. As you walk through the town, you can’t help but notice the series of bronze triangles embedded into the ground beneath your feet.

Following them leads you along a trail that traces the Pasteur family’s presence in the town. From the cemetery where his mother, fathers and daughters are buried to the wine museum, there are panels that place Pasteur and his work in context.
END_OF_DOCUMENT_TOKEN_TO_BE_REPLACED

We were headed to Scotland and thus faced with the usual dilemma—deciding where to go and what to see. Our first thought was to go to the Isle of Skye. I’d heard about it for years, seen the photo of the famous castle at water’s edge, etc. and thought it would be a natural destination for this trip. Plus it has a neat-sounding name. “Isle of Skye” conjures up all sorts of misty and mystical images in my mind.

It turns out that it’s pretty darn difficult to get oneself to the Isle of Skye. It is at the northern tip of Scotland, and from either Edinburgh or Glasgow, it would be pretty much a full-day journey. Once on Skye, transport options were also a bit limited. Bus service didn’t seem to be that frequent and we were’t particularly interested in renting a car. (Despite living in Hong Kong for six years, the thought of driving on the left gives me the heebie-jeebies.) With just 10 days, we didn’t want to devote two simply to transport.

So we looked elsewhere and discovered a whole other section of the Inner Hebrides that was well worth visiting. A friend suggested the Isle of Mull, which is much closer to Glasgow and Edinburgh. The Isle of Mull, which it turns out is the second largest island of the Inner Hebrides (after Skye)  but fourth largest Scottish island, proved to be a great base for exploring land and sea. 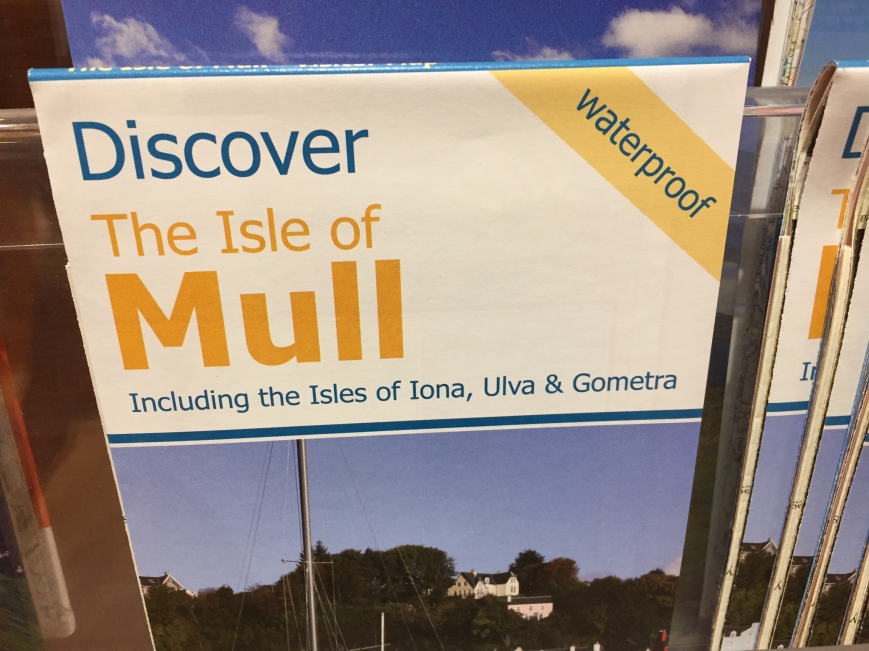 This map’s waterproof feature proved to be very handy!

END_OF_DOCUMENT_TOKEN_TO_BE_REPLACED

One of the things we’d heard about Austin was the slogan Keep Austin Weird*. Having never been, and looking for a place that would be relatively warm in early January, we decided to go. We were very wrong on the weather— just bad luck that they were having unusually cold temperatures—but right on the money with our decision to check the city out. Quirky but sprawling, Austin is definitely “weird” and in a very good way.

END_OF_DOCUMENT_TOKEN_TO_BE_REPLACED

One thing that I have discovered during that time—and have begun utilizing and touting ever since—is the free tour phenomenon. These are walking tours where there is no fixed cost; instead you tip your guide what you thought the tour was worth to you.

The first time I had heard of a free walking tour was late in 2015, when I joined one in Riga. It was a city I had never been to in a region I had not been to, and my travel buddy and I were interested in learning as much as we good about it.

In short, it was fabulous. Our guide had a wonderful sense of humour and a way with the crowd. He spoke excellent English because he had been a youth hockey player and traveled many places to tournaments, including the US, a place that mesmerised him.

END_OF_DOCUMENT_TOKEN_TO_BE_REPLACED

We recently took a four-day dogsledding trip in Northern Sweden as part of our quest to see the Northern Lights. Our number one instruction was “Always have one hand on the sled”, and since I don’t have the talent to tweet with one hand, much less with one hand in winter gloves while cruising along at 10-15 kilometers per hour, I stored all my Tweet-like thoughts in my head and have compiled them here. Overall, they provide some insight as to what the experience was like!

So here, in no particular order, are some random thoughts from the sled.

It took me a long time to get to Chicago, a city I’d heard and read so much about in architectural history classes. When I finally made it, years ago, the first thing I did was head to the Chicago Architectural Foundation and sign up for one of their boat tours. We all – child, grandma, husband and self – loved it.

Today I just discovered Chicago Detours, a company offering bus and walking tours of Chicago’s history and architecture. This is is kind of stuff I just love, and so apparently do lots of other people looking to get more out of their travel experience. Next time I get to visit the Windy City, I won’t need to go to an office and sign up…I can do so from their website.

Nice to know that while technology has changed, Chicago’s committment to showcasing its fabulous architecture hasn’t!

The heart of Basel’s cultural identity is not its architecture, or its location on the Rhine, or its home offices of pharmaceutical giants. It’s Fasnacht. Fasnacht is often simply explained as Basel’s Carnival, a la Venice, Rio or New Orleans. But in truth, there’s much more to it than that. Billed as the “three most beautiful days of the year”, it’s a complex set of traditions deeply ingrained in the people who grow up with it and so much more than three days of colorful parades and partying. 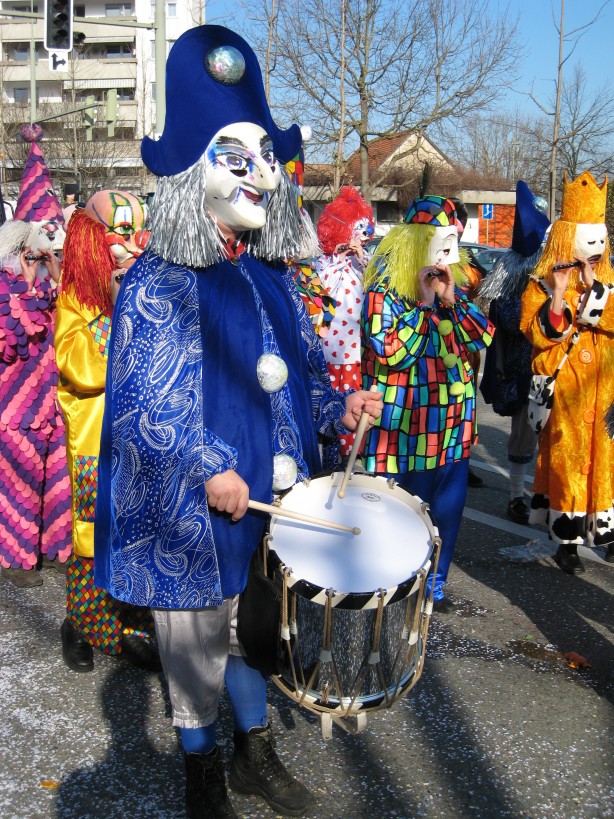 You can always tell when Fasnacht is approaching. Music is a key part of Fasnacht, and not long after New Year’s clique members pull out their drums and picolos and start to practice their Guggenmusik. I am not musical in the least, so while I know it is supposed to be off beat or out of key or something, to me it’s very light-hearted—and very catchy. I do know the drumming in particular is very complicated and I have had several people tell me that if you don’t begin learning how to play Guggenmusik by the time you’re about 12, you will never master it. Hence, it really is something people grow up with.

As it gets closer, the Kinderfasnachts begin. Young children in costume parade in the neighborhood around their school, accompanied by just one or two drummers and piccolo players. The teachers are fonts of creativity, coming up with clever themes, and costumes to match, year after year. Then, on weekends, you begin to catch glimpses of groups marching in school gymnasiums. At the school near me, through the tall windows, I can just see the tops of tubas and sousaphones turning in unison as they march, and march, and practice and practice. 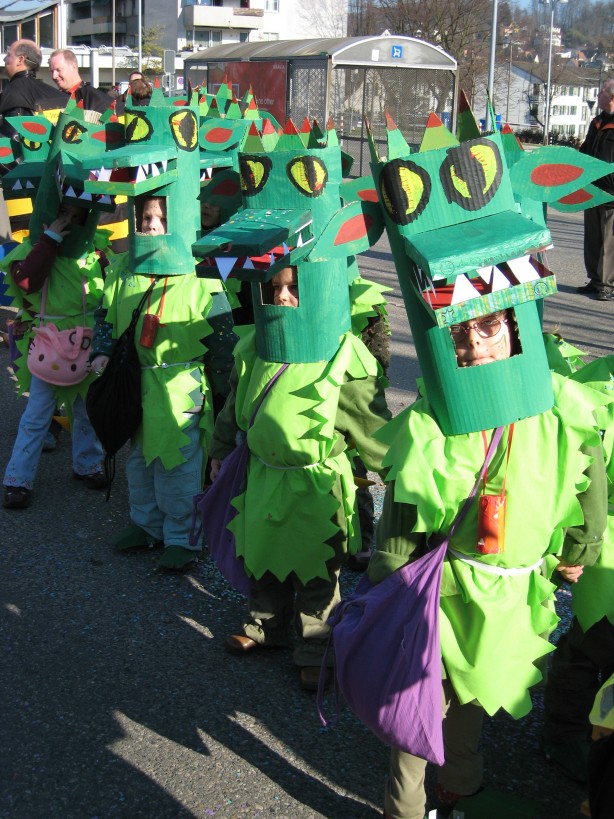 Come Fasnacht itself, the music is inescapable in the city center, as the cliques follow parade routes on certain days, and roam randomly at other times. As the cortege goes by, characters toss confetti, candy, flowers, and oranges into the crowd. They’ll target certain bystanders with a special present: it could be a large bouquet, or it could be a bag of confetti dumped on your head!

The music continues long after the confetti is cleaned up. On the three Sundays following Fasnacht, cliques large and small parade randomly through the city playing. It’s a delight to catch the strains floating through the city, making me feel part of this tradition too.

What I Blog About